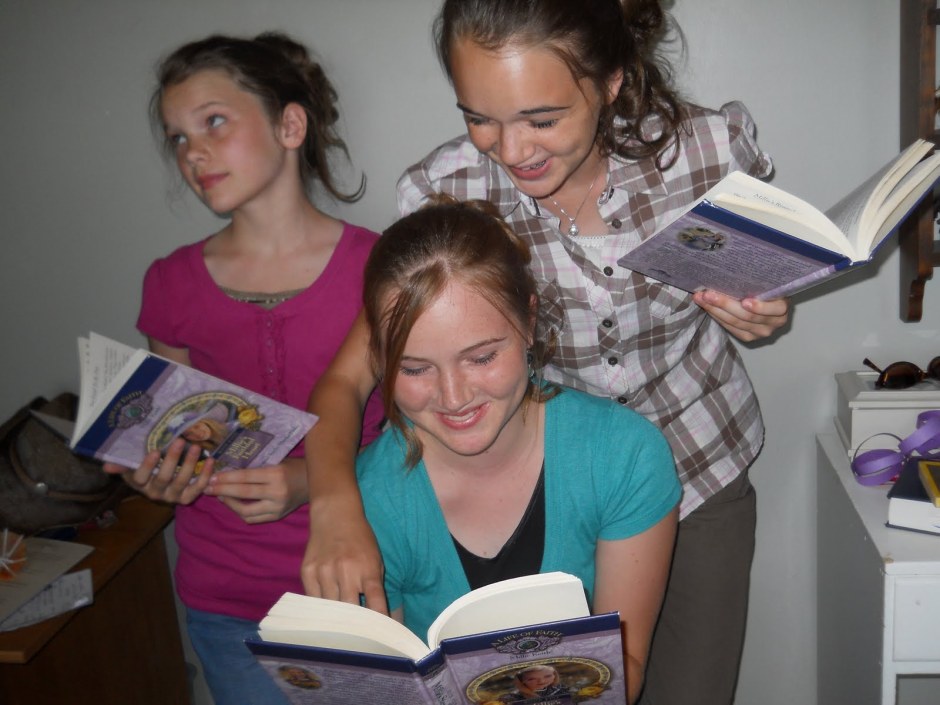 Kersten Hamilton adapted my favorite series growing up, the A Life of Faith — Millie Keith series. Kersten graciously agreed to let me interview her. This appeared originally on my writing blog several years ago, but I’m reposting it here so Millie fans can still access it. Enjoy.
Last week several girls of all ages shared about how they have loved the Millie Keith series. Today the author of the books, Kersten Hamilton, will give us a glimpse into the journey she took to bring these endearing characters to us.
Was there a specific book you read or event in your life that inspired you to be a writer?
I have wanted to be a writer as long as I can remember – even though I am dyslexic/dysgraphic and had a very hard time learning to read. I just had a few more hurdles to clear than the average person.
What did you think when Mission City Press approached you with the project of writing a series of books on Martha Finley’s characters?
I was surprised and delighted. I was only asked because another writer had dropped out of the project without turning in the first Millie book. Mission City Press said that all they needed was for someone to update the language, but they needed it done in a very short amount of time—one month if I remember correctly. Of course I said I could do it before I did any research at all, because I was familiar with Elsie. One of my best–and much older–friends was named after Elsie Dinsmore! And how hard could updating language be, right?
Then I received a copy of the original Mildred Keith. I was shocked to my socks. There were the seeds of some good ideas. There were. But the poor people were portrayed not only as ignorant and dirty, but as beneath the Keiths. It is hard to explain how harsh it was, so I won’t. I’ll show you.
Here is an example taken from the end of Chapter 10 and the beginning of Chapter 11 of the first Mildred Keith book.  This is the scene in which the Lightcaps first visit the Keiths. They interrupt Mildred reading to the younger children. Viny, the girl the Rhoda Jane asks after, is the Keiths’ maid:

“Our names is Lightcap; this here’s my daughter Rhoda Jane and she says to me, ‘mother,’ says she, ‘we’d ought to be sociable with them new neighbors of ourn; let’s go over and set a bit.’ No, now what am I talkin’ about?’ ‘twan’t her nuther, ’twas Gote that spoke of it first, but my gal here was more’n willing to come…. (I have cut some paragraphs here)