“Even the icebent daffodils and crushed violets, the trampled crocuses and the battered hyacinths glittered like jewels in the muddy farmyards. Thomas caught his breath. He had never seen anything so beautiful. He passed the cemetery. The gravestones, too, twinkled in their shining gowns of ice. And the church bell began to ring.”

This paragraph from The Legend of the Easter Egg, shows a glimpse of Thomas, a boy who spends the week before Resurrection Sunday at a friend’s home because his sister is very sick. While there, he grasps the beauty of new life — eternal life. He learns death is no final separator for those who belong to Christ.

Our little church in Kansas overlooked the town’s cemetery. I would play with the other children outside after Sunday and Wednesday services, the charming trees towering over the tombstones a familiar sight. I saw the flowers come and go, the beaming American flags posted on Memorial Day, and a list of fallen veterans etched in a memorial stone.

We weren’t allowed to play in the cemetery, but we still knew the shapes and some of the stories of the ornate graves, and could sense the history. It stood a constant reminder of the realness and certainty of death. There were names from the 1800s, little graves for babies, and even fresh graves of a few from our own congregation.

It didn’t really bring fear, just an impression. A respect that it was appointed for man once to die.

Once I asked my dad where he’d like to be buried one day. I personally thought under the shade of a sturdy tree would be nice. He said, “Doesn’t matter where they’ll bury me. I’ll be gone.”

I pondered this, and I agreed. I, too, would be gone, in a place better than anything conjured up on earth.

“It is better to go to a house of mourning

Than to go to a house of feasting,

Because that is the end of every man,

And the living takes it to heart.”

It is important to remember death, because in its bitter sting, we know what it is to truly live a born-again life. We know the opposite of death. We taste victory, because we were buried with Him and raised to walk in newness of life.

Over and over Scripture declares to know Him equals life, in the fullest, sweetest, deepest way.

This weekend I’m looking forward to the choir declaring life, my husband’s sermon, my new dress, cinnamon rolls, and hearing the bells ringing, “Hallelujah.” Like little Thomas in the story, I still have questions, but they are resting in the hands of a Risen Savior.

Death is a reality and certainty, but it is no master of the saints. It is the wages of sin for sinners, but it is no victor over God’s people.

He conquered death, and He defined eternal life right in John 17:3.

“This is eternal life, that they may know You, the only true God, and Jesus Christ whom You have sent.”

The next time you see a cemetery, be it shining in gowns of ice, stones faded from all the sun, under trees or a forest of flagpoles, remember to acknowledge death in the light of Christ’s own death, burial, resurrection.

Enjoy this poem my friend Madelyn shared with me–

“Gain after loss,
Strength after weakness,
Crown after cross;
Sweet after bitter,
Hope after fears,
Home after wandering,
Praise after tears.

Sheaves after sowing,
Sun after rain,
Sight after mystery,
Peace after pain;
Joy after sorrow,
Calm after blast,
Rest after weariness,
Sweet at last.

Near after distant,
Gleam after gloom,
Love after loneliness,
Life after tomb;
After long agony,
Rapture of bliss—
Right was the pathway leading to this.” I used to feel we over-sang the lyrics of this hymn and passed over playing it on the piano, the tune too old fashioned for my taste.

Eventually it became a favorite as I grew to understand the heart of the words:

Was Grace that taught my heart to fear
And Grace, my fears relieved

I had no idea my childhood fears would make grace more than just a song title.

One night at Pizza Hut we fellowshiped with another family from church. On a slick chair, chewing a breadstick, I overheard the mom say, “…back when Jay was in a four-wheeler accident, and then later he needed surgery…”

Surgery? For someone the age of eleven like me?! Horrifying!

I began to feel sick and asked if I could go sit in the van. Thus ensued an army of what ifs. What if I would have to face surgery? What if I experienced intense pain? What if someone I knew got cancer?

Food didn’t seem swallow-able for the next week, and I spent a miserable few days in irrational fear of trials that could strike at any untoward moment.

My parents gently quoted Scripture to me about how “worry doesn’t add a cubit to your stature” and reminded me God is in control. These conversations would help, but I would just sink back into anxious thoughts.

Ironically, I even began to grow concerned I would have health problems because I worried so much. The battle raged in my mind to wrestle tomorrow’s problems today. The potential problems.

I cried to my mom one day in her room. “I don’t understand why this is happening. I’m a Christian. I’m asking God to take this away.”

She asked if I truly believed He could take away my fears. This stunned me. She also said:

“God gives the grace we need when we need it (and not before).”

Could I believe He is who He says He is, that He is able to answer the very prayer I was praying?

Holocaust survivor Corrie ten Boom shared a similar problem in her book, The Hiding Place. Along with her mother and sister, Corrie visited a poor family with a basket of bread. The family had lost a baby the night before. Corrie’s first real brush with death threw her into confusion and fear. Later that night Corrie’s father shared encouragement with her:

At last we heard Father’s footsteps winding up the stairs…But that night as he stepped through the door I burst into tears. “I need you!” I sobbed. “You can’t die! You can’t!”

Father sat down on the edge of the narrow bed. “Corrie,” he began gently, “when you and I go to Amsterdam, when do I give you your ticket?”

I sniffed a few times, considering this. “Why, just before we get on the train.”

“Exactly. And our wise Father in Heaven knows when we’re going to need things too. Don’t run out ahead of Him, Corrie. When the time comes that some of us will have to die, you will look into your heart and find the strength you need–just in time.”

This moment my mom shared about real grace for real scenarios (not our imagined ones) was when it clicked for me. Back beside my bunkbed, I knelt down and prayed again, “Lord, please take this fear away. I know that You can. I have faith that You will give me grace when I need it.”

When I truly believed I prayed to the God who is able, when I realized He is the One to fear, I didn’t worry about these irrational scenarios of my future.

Was Grace that taught my heart to fear
And Grace, my fears relieved

Nearly all of what I worried about in those days after Pizza Hut never occurred. But things that I didn’t think to worry about DID occur.

But grace my fears relieved, and my Father gives me strength like a train ticket at just the right times. Don’t run out in front of Him.

Yes, I’ll always fight fear. But I remember His grace is sufficient, and it’s not going anywhere since a wretch like me never deserved His favor in the first place. I recall my bunkbed prayer and the peace which comes from deeply knowing and believing He is bigger than the future trials. And worrying now won’t change anything.

“Worry does not empty tomorrow of its sorrow, it empties today of its strength.”

His grace – the unmerited favor of God toward man – cannot be snatched from what lies ahead.

On a recent Sunday my dad preached in the first chapter of I Timothy. Verse 14 reads:

“And the grace of our Lord was more than abundant,

with the faith and love which are found in Christ Jesus.”

Grace super-abounds like the broken sprinklers swamping the flowerbeds this time of year. Grace upon grace overflows like a river in flood stage.

After the sermon we sang the words below, and I noted the unique adjective for grace (indelible), later searching for its definition.

Making marks that can’t be removed.

How grateful I am for that time at Pizza Hut — and many other places of doubt — because God’s been tuning my heart to sing His grace, yes even using an old fashioned, now-beloved hymn by John Newton.

No wonder how sweet the sound of God’s amazing, abounding, permanent grace.

My congratulations, graduates! Aren’t you relieved, excited, and terrified? So was I.

Maybe you — like it’s etched on your heart — know exactly how you want to serve and grow in this big world. I admire and appreciate you.

But maybe you feel like everyone owns a 5-year plan, life verse, and scholarship except for you. Perhaps you fear someone jumping out from behind the grad cake table, quizzing you on your weakest subject and sending you back to high school.

Your friends are moving on, and so is childhood. You wish you had pomp for your circumstance.

END_OF_DOCUMENT_TOKEN_TO_BE_REPLACED

At the end of March I shared these book reviews of my recent reads, but I didn’t expect to have this many more to share so soon.

Reading this much is not normal for me. “I am not a great reader, and I have pleasure in many things” (Austen). I set my goal for 20 books in 2020, hoping I could achieve it. According to Goodreads, I’m 9 books ahead of schedule.

END_OF_DOCUMENT_TOKEN_TO_BE_REPLACED 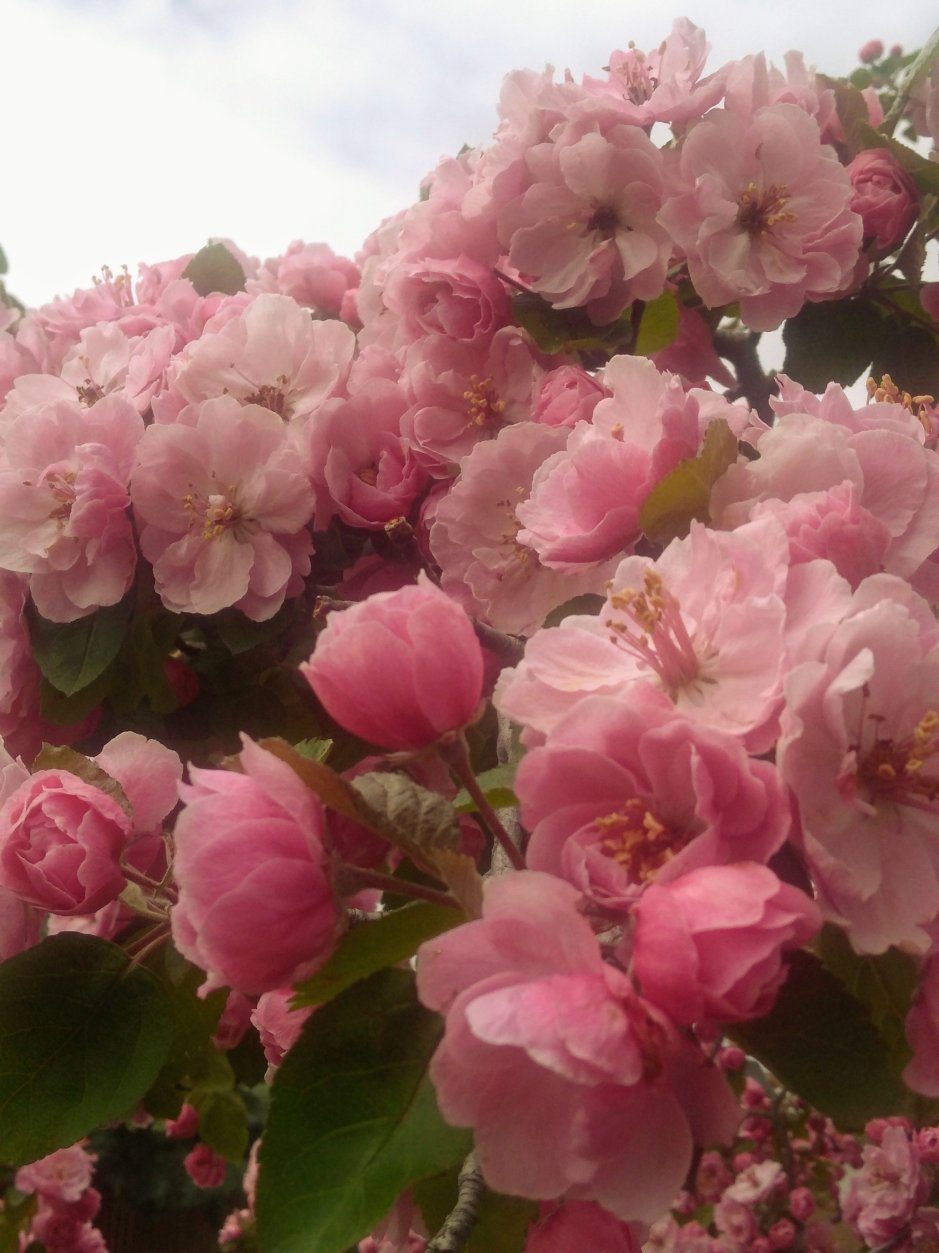 March and April gave me an opportunity to breathe deep and to silence the endless what ifs with an even if stance. Even if my fears come true, God is still good and powerful. Now those what ifs still tickle occasionally, but I’ve gained ground in trusting the Lord. The forecasted calamities didn’t happen to me anyway. The time I spent worrying added not an inch to my height nor a day to my life, just like Jesus promised.

Now we’re marching into May with “grace in our hearts and flowers in our hair”* and a new horizon. I’ve shifted from fighting worry … to combatting discontentment.